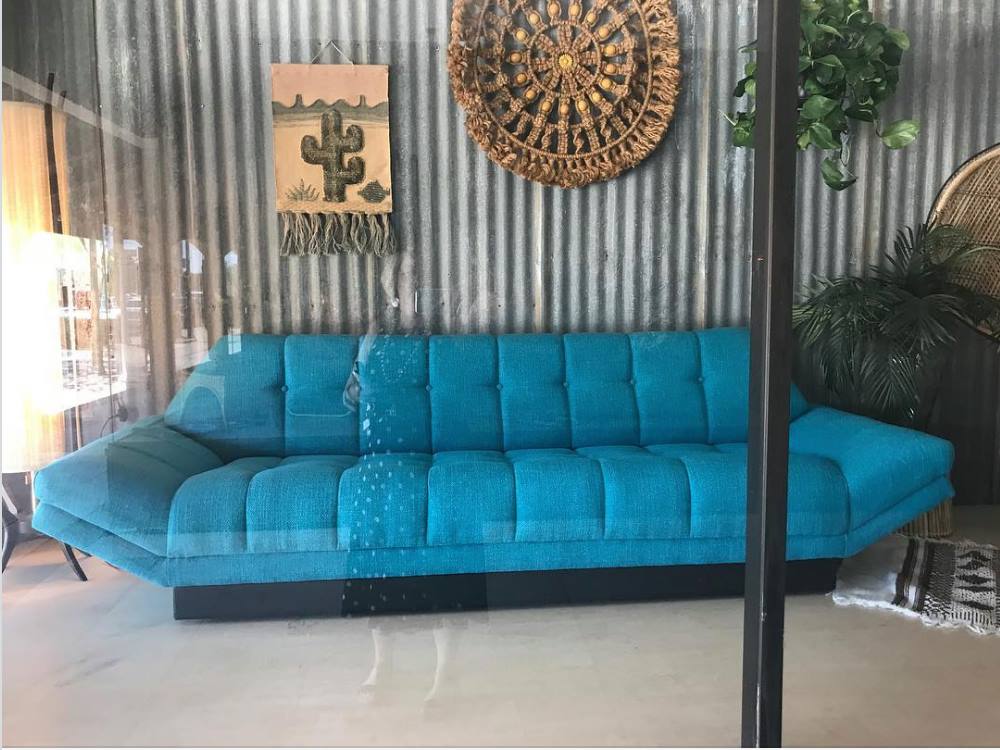 A couple of weeks ago, I was walking to Jarrod’s, one of my favorite downtown Mesa coffee shops. A new vintage store was preparing to open between my place and his, and had been slowly filling their display windows with furniture.

When I saw this turquoise couch, I stopped in my tracks.

I know the color had something to do with it (turquoise is my favorite and is all over the walls at K’é). But there was something else in the shape and feeling of the object that just tugged at me. It was hard to explain.

I had just spent money getting furniture and lighting for our basement, which we are fixing up to be a media studio, with podcasting equipment available for the community. So far (besides the initial Indiegogo campaign that generously allowed us to fix up the space and buy furniture at startup), I have funded the space these last two years with coaching revenue, so I knew that I could not afford to get this couch.

Every time I walked back and forth from Jarrod’s (admission: coffee fuels a lot of my creative output, so that was quite often), I would stop and gaze at her. It was as if she were gently whispering to me (note she had already taken on a female persona — I knew I was in trouble).

On a whim, I took a photo of her and posted to Facebook:

“This gorgeous turquoise couch is in the window of @buckeye.vintage, the vintage store that is opening #downtownmesa on Aug 4. It is perfect for K’e downstairs, but my furniture budget is zero right now, so calling on angels, and Carlos Slim, who has to somehow be our rich uncle, to make it appear for us.”

I went on with my business.

A little later, I checked in on Facebook and my friend Hiro Boga had commented that she would love to contribute something to get the couch for the space. And then more people piled on, offering to share in the purchase. At first I was embarrassed — I had not intended to make this a crowd funded project.

Then I thought about what it meant to accept support.

More and more members of my community are coming into the Main Street Learning Lab to put their visions into action. It is a place we have built to be warm, colorful, inviting and brave. It is a great place to dream, but also a great place to take responsibility for building a better, more just and thriving economy for all members of our community.

Clients fly in from all over the country (and even further like Vancouver and Bali!) to map their business plans.

Other small business service providers come to discuss how we can better serve our local clients.

Artists come into the space to learn how to create sustainable creative businesses.

Freelancers gather monthly to strengthen their network and learn new ways to thrive in the gig economy.

We are home base for one of the few Native American female candidates for State Senator, Debbie Nez Manuel.

Educators are coming to talk about new ways to connect with and inspire their students.

We planned the very first Boys with Braids event in the state of Arizona on the walls of K’é (see my pics here).

This object, now named The Sublime Turquoise Couch on the Facebook thread, was becoming more than just a piece of furniture. It was becoming a way for my extended community to say: I see you, and the people who walk through the doors of K’é Main Street Learning Lab. I want to be part of a community effort to strengthen and support small business owners.

More dollars were coming in, but they were still not enough to get the whole thing.

The next night, I met Cristin,  the owner of Buckhorn Vintage, to look at the couch up close. This made my longing worse, since the cushions were so comfortable and inviting.

After chatting for awhile about shared connections, she turned to me and said:

“I hope you will enjoy this couch. It is yours.”

Somewhat confused if this was a sales trick or an exercise in visualizing the future, I looked at her with a puzzed expression.

“An anonymous donor called this morning and paid for the whole thing.”

Shocked, I stood there for a moment looking at the couch.

I gave her a hug and received the gift, so deeply grateful for the generosity of someone (Tio Carlos perhaps?) who wanted to surprise us with a symbol of magic, and the love of community.

For Cristin, taking a huge risk to open a much larger store on downtown Mesa, the gift meant she had a big sale before her store officially opened. Her risk was mitigated, and confidence boosted, which is exactly what you want when you are starting in a new place.

I updated Facebook with the news of the anonymous donor, and offered to send back the contributions. Everyone said to pay it forward, to use the money to support the Main Street Learning Lab, and the people who come in it.

We couldn’t bear to put The Sublime Turquoise Couch in the basement, since it felt like she needed to be right in the center of the space, where dreams begin, and conversations spark.

So here she sits, a symbol of generosity and support. 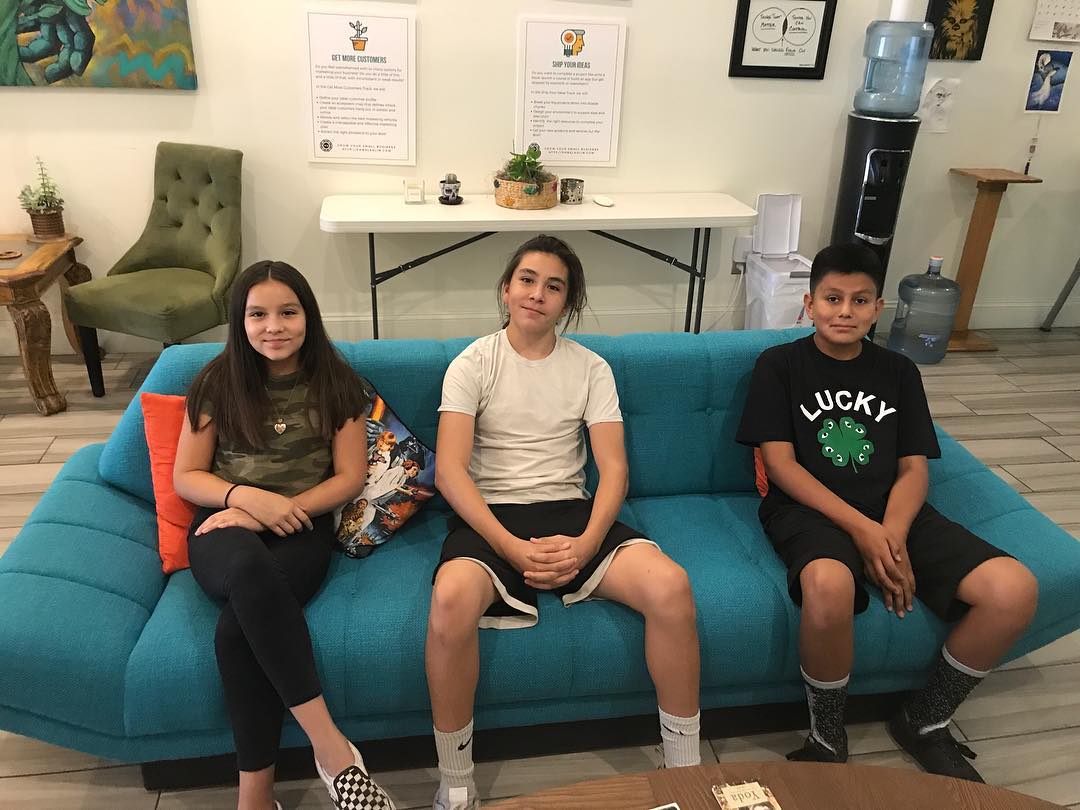 Angie, Josh and Alden after carrying the couch into our space. They will grow up remembering that they are not alone, and are surrounded on all sides by a caring, supportive community who want to see them thrive. 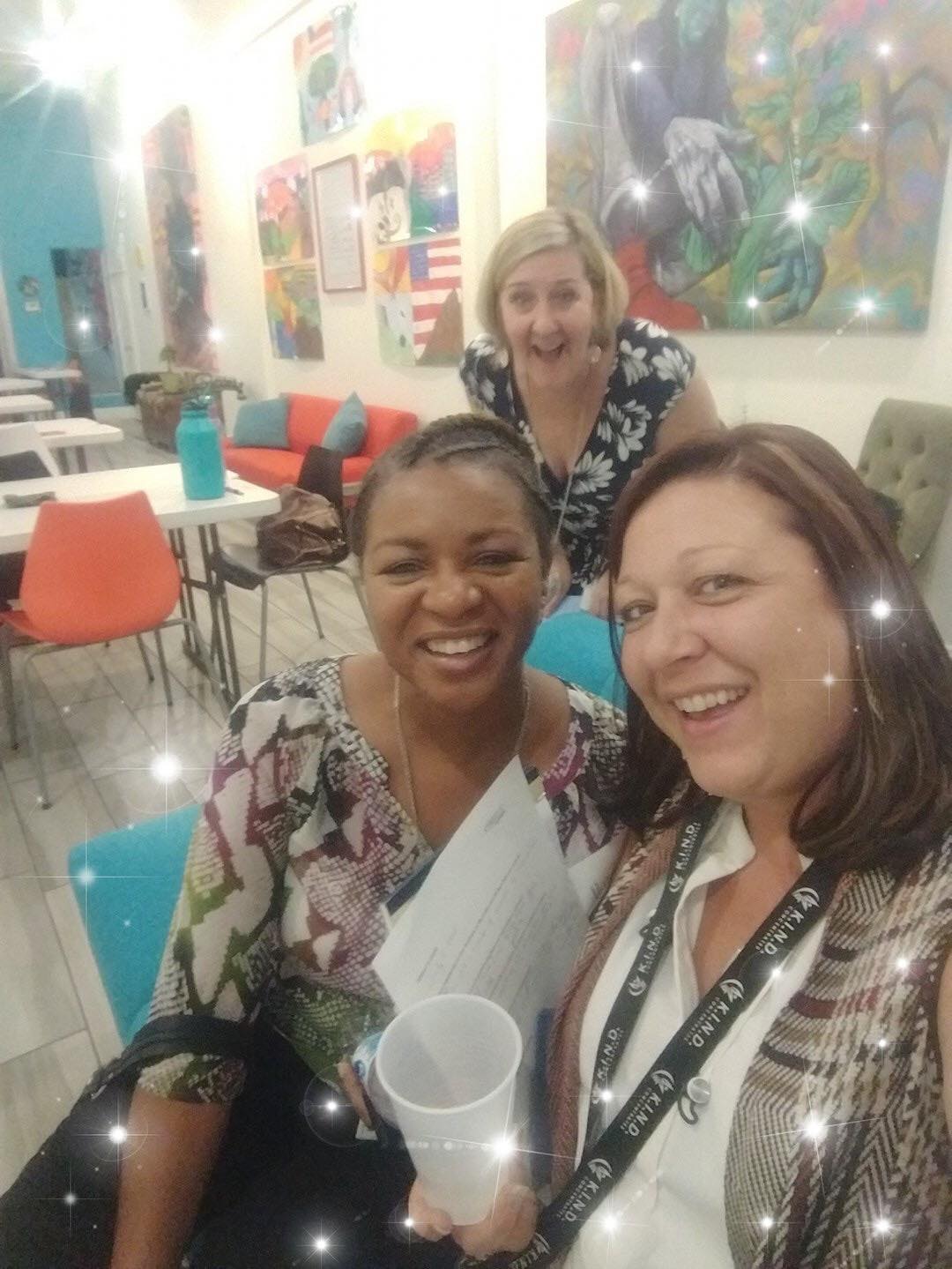 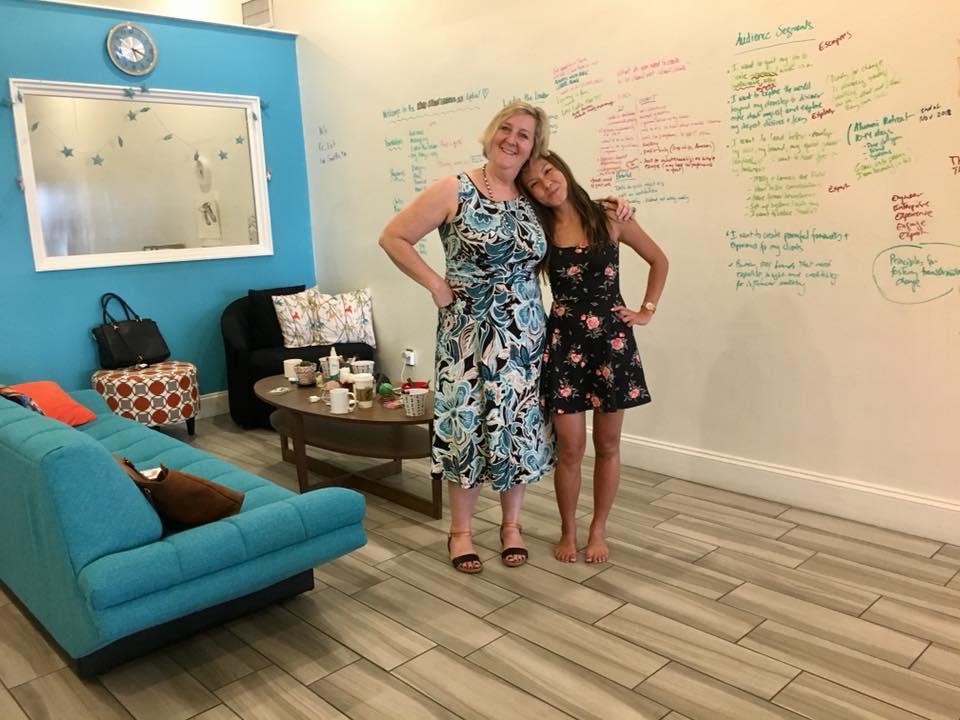 Lydia Lee and I burned up the white boards with her plans for Screw the Cubicle (including some awesome retreats in her home base of Bali — I am conspiring to get myself and my family there!) 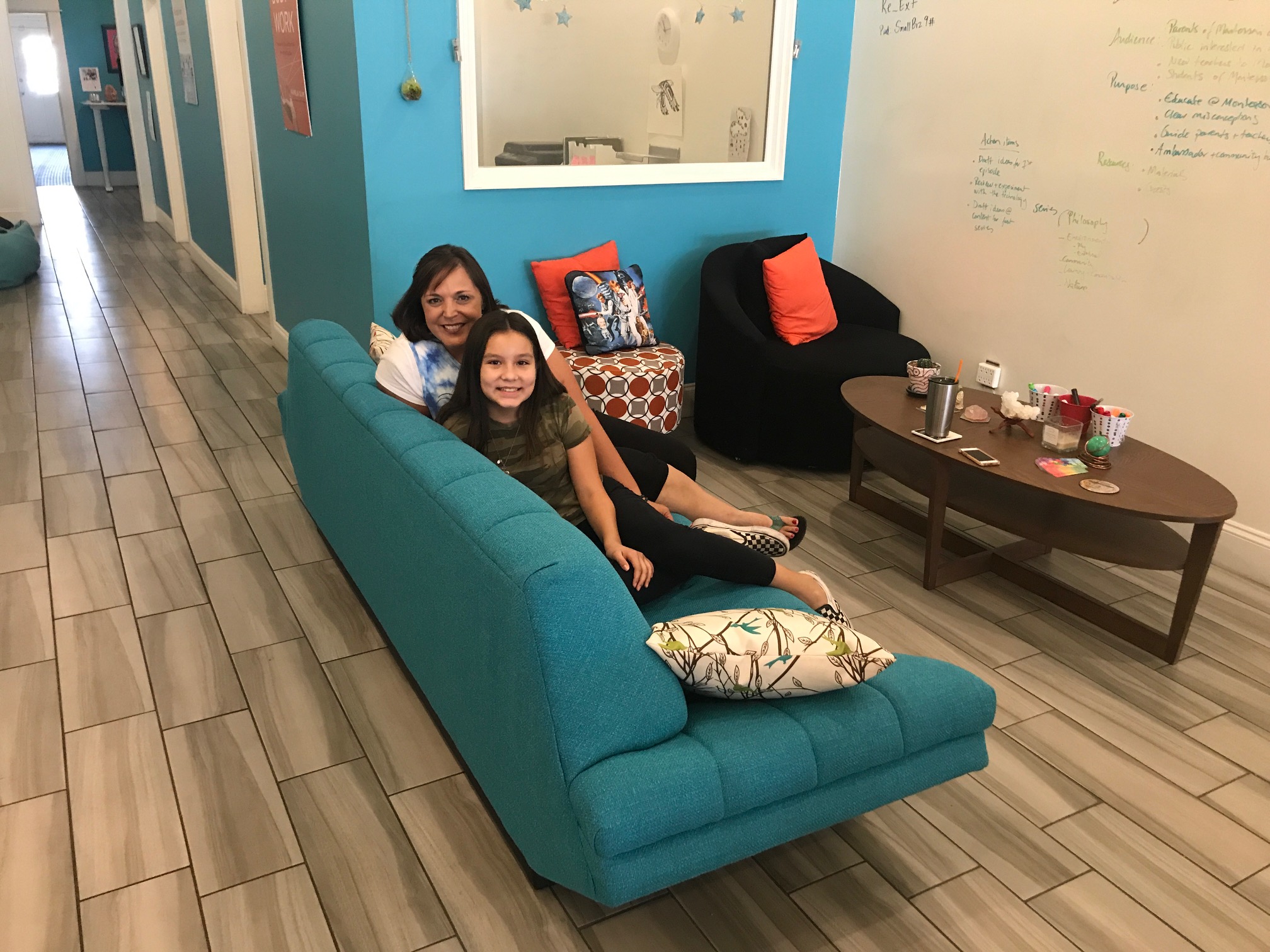 Just this morning, Angie and her wonderful teacher, Suzanne Collins, sat on The Sublime Turquoise Couch to map out a new podcast about the Montessori philosophy of peace and student responsibility. I will be sure to share the first episode with you when it launches.

To my anonymous donor, whoever you are. and to everyone else who contributed generously: thank you. Your gift is received with much gratitude, and with a promise it will be used for good.

This message is only visible to admins:
Problem displaying Facebook posts.

Error: An access token is required to request this resource.
Type: OAuthException
Code: 104
We use cookies to ensure that we give you the best experience on our website. If you continue to use this site we will assume that you are happy with it.Ok