By: Maddie Russo from our partner, 31 Marketplace podcast team

Maricopa County, which includes the Phoenix Metro area, is the fourth largest county in the United States. A significant portion of this population is Native American, with 22 federally recognized tribes comprising somewhere between 100-150,000 Native people.

Despite the significant population of Native folks, these communities have been severely underrepresented politically throughout Arizona’s history. Native voices provide unique perspectives into the land, culture, and political challenges of the region and deserve to be included in the conversations that shape quality of life for their communities.

A social worker with no formal political experience, Navajo nation member Debbie Nez-Manuel of the Salt River Pima Maricopa Indian Community made history by being the first Native woman to be elected as a member of the Democratic National Committee (DNC) for Arizona. In 2022, she was appointed DNC Western Regional Vice Chair and DNC executive representative for the Women’s Caucus.

Along with holding political office, Debbie is highly involved in Native community advocacy. She co-founded Morning Star Leaders in 2015, a state-founded non-profit organization serving indigenous youth in leadership development, and serves as the executive director to this day. She also works with the Arizona Community Foundation’s executive team to support economic and civic development in Native communities statewide.

Debbie Nez-Manuel first heard the calling to go into politics more than a decade ago, when she was working very closely with Native youth through Morning Star Leaders. At the time, she and her late husband found themselves trying to identify elected or natural leaders in the community that could inspire Native youth to build their ideas and help move the needle forward.

​​”Long story short is: […] when we looked around our communities, we didn’t see anybody who looked like them, who sounded like them, or even understood the places that they lived or grew up from,” said Debbie.

Debbie knew that the youth she worked with needed to see someone they could relate to in a high-profile leadership role. If no one else had taken up the torch yet, why not her?

That’s when Debbie decided to run for political office. Despite having no formal political background, she had a wealth of professional and personal experience to draw from, with more than two decades in leadership roles within both tribal and federal government offices and her own experiences as a Native woman.

Having lost her mother to violence at a young age, some of the issues Debbie could identify with most were those of grief and loss. She decided her platform would focus on advocating for Native women who were victims of murder or assault. She also knew she wanted to prioritize public safety, civic rights, voting access, and the amplification of Native voices.

Heading Out on The Campaign Trail

Debbie ran for both a Senate and a House of Representatives seat. Despite being a highly skilled orator, she initially ran into a huge challenge with how she was perceived by the voting public. Not used to seeing a Native woman in a position of political authority, many voters questioned the legitimacy of her campaign.

“Actually putting it into practice was one of the more challenging experiences because you can see that I’m brown, I have long hair, I have my Native American jewelry, and I even probably have a Navajo accent when I speak,” said Debbie. “So when I went out there, when I started knocking doors, a lot of people didn’t believe me.”

Debbie went back to others in her party for guidance on how to get through to voters. She was surprised when they were shocked by the reaction she’d received.

“So, if I look at the data and look at the representation that’s needed, it was easy to figure out. But it was a little bit harder for other people to do that, because they didn’t quite make that connection. So, my fight was real. And that’s what pushed me to keep going,” she said.

Debbie’s party rallied behind her, publicly proclaiming their support for her campaign. By her second or third week of knocking on doors, she was getting a much better response – but she knew there was still a long way to go.

After undertaking two campaigns she’d poured her heart and soul into, Debbie was heartbroken when she lost both races by a small margin: only half a percent (or just 500 votes).

But she knew she couldn’t give up. Arizona’s Native communities were depending on her.

“It’s the right thing to do, for me. I’m not just an average white person who can have this opportunity. I’m a Navajo woman who is really trying to make a difference,” said Debbie.

Debbie decided that this time, she was going to run within the party for a Democratic National Committee seat. To kick off her campaign, she networked at the Democratic National Convention in Yuma in January 2020, where she had a chance to submit her candidacy and quickly share her platform in a short speech, along with seven other candidates. She was slated to speak last.

None of the other candidates were Native American, and only one or two were women. Almost everyone else was politically experienced, having already been elected to community leadership positions. Debbie couldn’t help but feel intimidated.

She took a deep breath and called on her grandma, evoking three essential values she had instilled in Debbie:

Debbie only had two or three minutes to share her platform. But being a Navajo woman who always started with the tradition of introducing herself, those three minutes quickly dwindled down to one.

“Being Navajo, your clan takes about two minutes. Your stump speech is going to be one minute, and you don’t dare go anywhere and not introduce yourself, because there’s always a Navajo in the room. The expectation is you always share your clan, always. You never go without that, because you don’t ever become the person you are without those people,” said Debbie.

Debbie stepped up to the mic and again heard her grandma’s voice. Her grandma warned her that she was acting as a “coyote” – expecting the community to come to her. She took the mic off the stand and stepped down from the stage so she was on the same level as her audience. There was an audible gasp.

The audience was visibly moved as Debbie introduced herself in Navajo, captivated by the cadence of a novel language. From a very young age – she explained, getting into her speech – she felt like something was deeply wrong with her. She didn’t look like other people. As a child, she would spend hours in the bathtub trying to scrub away her brown skin. Her eyes pricked with tears having to explain such a vulnerable and emotional story to hundreds of strangers.

“But I just stayed my true self. And I said, but today, I know that I am worthy. I know that my skin color is the most beautiful skin color. I know that my knowledge, my lived experience, and my determination, were going to get me through to the next level. People really needed to hear my voice,” said Debbie.

After she finished, she was greeted with a standing ovation.

But Debbie came away victorious. At the end of that day, it was announced that she had won one of the three seats, making her the first Native woman elected to the DNC.

The Importance of Coalition

Perhaps the most important lesson Debbie learned during her time campaigning for political office was the importance of coalition.

“I think one of the things I know about building coalitions is that I can’t do this alone. I don’t win if other people don’t win,” she said.

To build coalitions, it’s important not only to be in community with people who share similar values as you, but also to make an effort to understand those who have different views. Finding common ground is the only way to make progress. It takes time to organize and connect with other communities, especially in a political arena where issues can become emotionally charged.

“People are not always ready for ideas that come from people of color or that come from Native American communities. Because there are such different value systems; there’s sometimes opposite value systems,” said Debbie. “[But] in the long run, we can’t create any kind of change for the better if we don’t have those hard conversations.”

For Debbie, it’s been especially valuable to connect with people of other Native tribes. Doing so has allowed her to keep in perspective that, while she can be a representative for all Native people, the Native community is not a homogenous culture. Instead, it comprises a variety of different values and political needs.

So what should non-Native folks know about being in community with Native ones?

First and foremost, it’s important to start by doing your research into the communities in your area. While change is essential, be wary of rushing ahead without laying the groundwork. Native folks should be at the table from the very beginning to help build programs and systems that will serve them from the ground up.

“These meetings or efforts cannot move forward without Native American voices at the table. And it has to really be regional. If the people of the Southwest are at the table, they’re probably the most informed of the area,” said Debbie.

Non-native folks should also be careful of the language they’re using and make sure they understand what words actually mean before applying them to different groups or aspects of their community. For example, the government has labeled Debbie’s tribe the Salt River Pima Maricopa Indian Community without realizing that, in the Native language, “Pima” literally translates to “I don’t know.”

Lastly, avoid tokenizing or putting the burden on one person to teach you about an entire culture. There are many native people in your community, all of whom have unique skills and experiences. Give multiple people the opportunity to share their stories and perspectives.

“I often will tell people if they’re going to meet up with any Native American person or group, don’t expect anything immediately. Those opportunities to learn or to receive teachings or to be a part of something are done over a period of time,” said Debbie.

Like with any relationship, you get out what you put in, and you won’t get much out of being transactional. Instead, start with a simple conversation. You never know what you might learn. 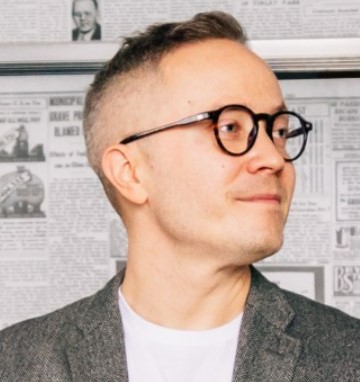 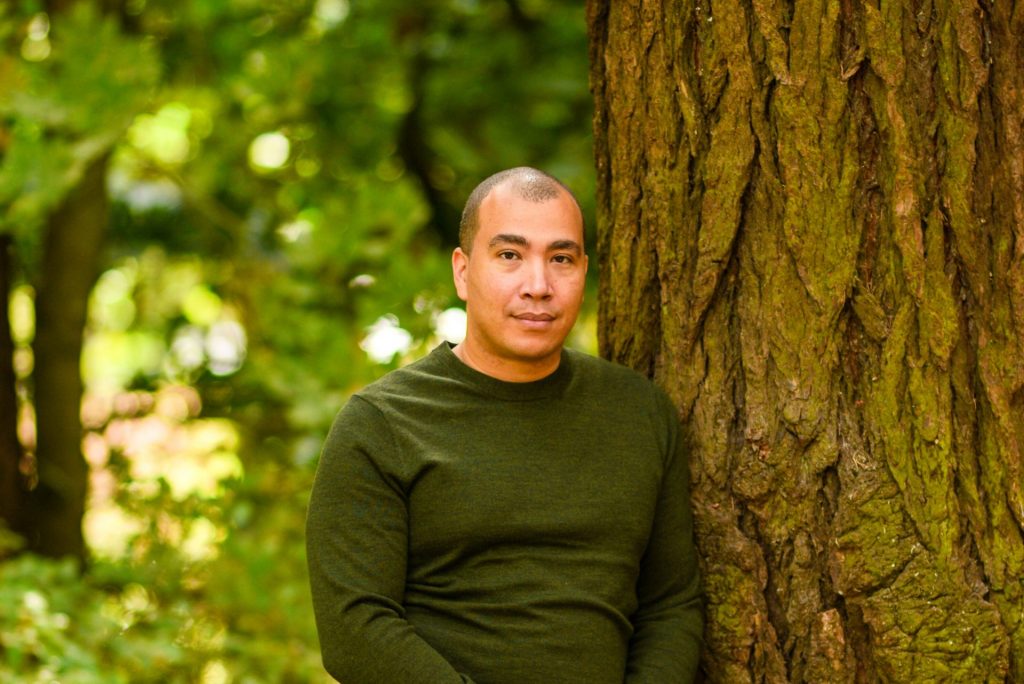 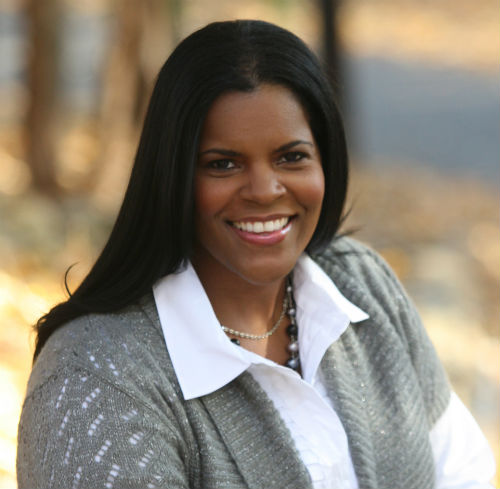 Money Management: It’s Within Your Control 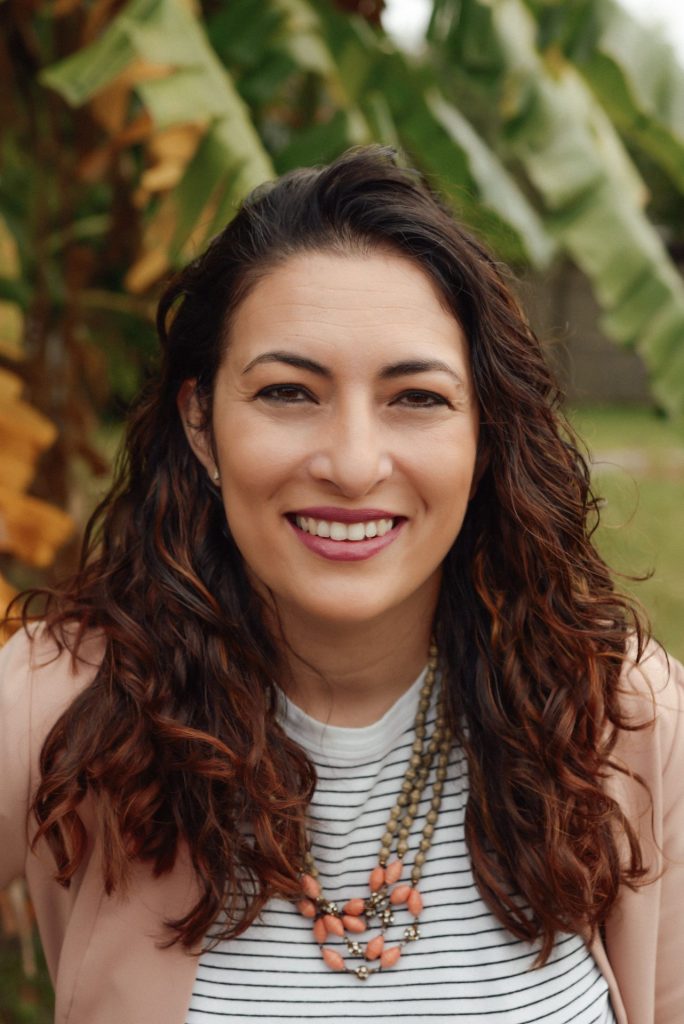 The Concrete Business Benefits of Community Building with Maruxa Murphy 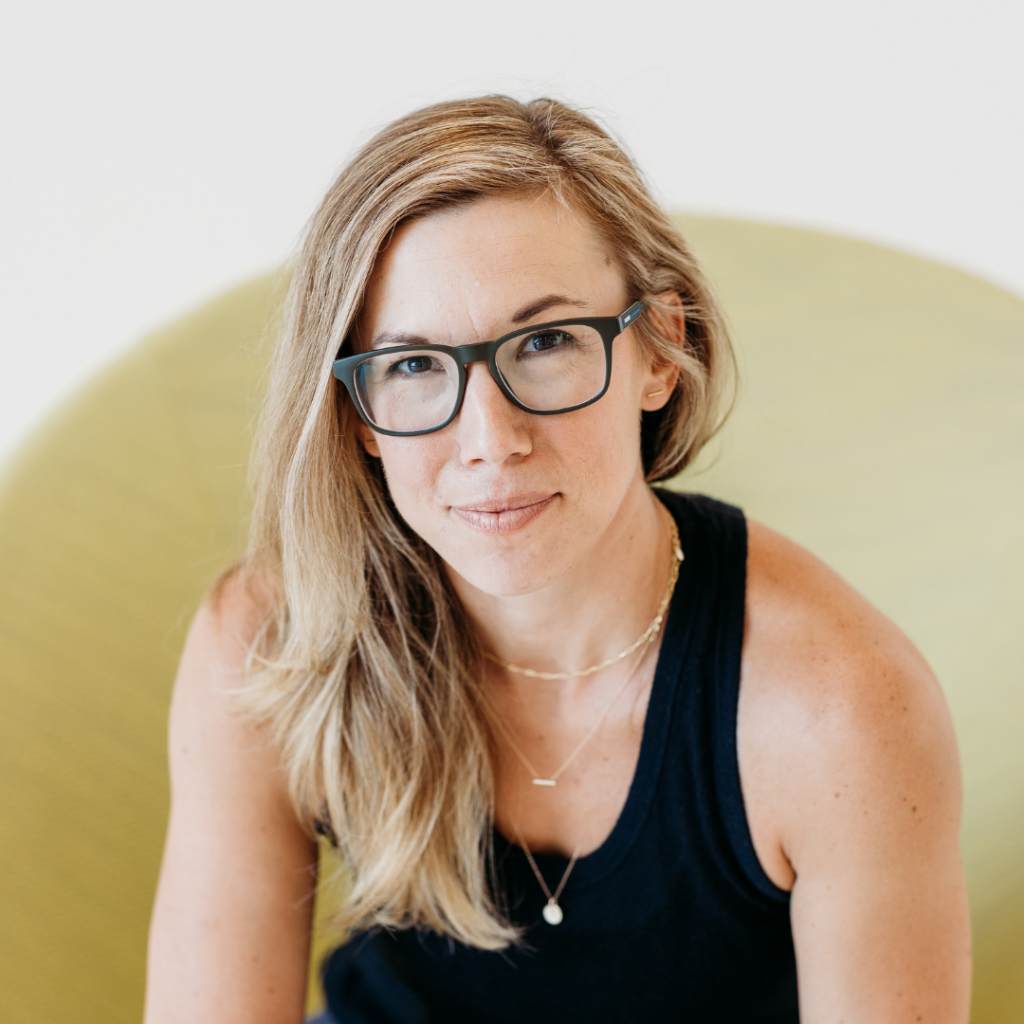 How to Approach Goals with Humanity Intact with Tara McMullin 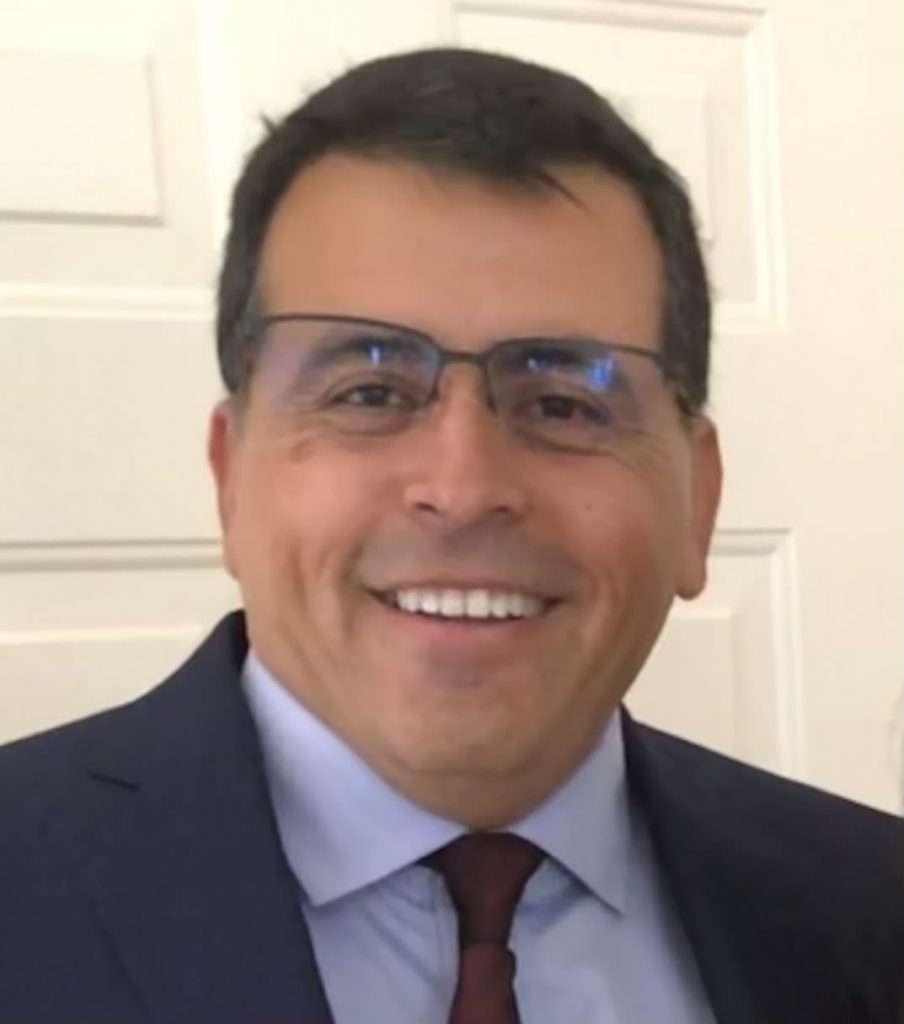 How to Attract and Retain Gen Z Workers with Pedro Ortiz 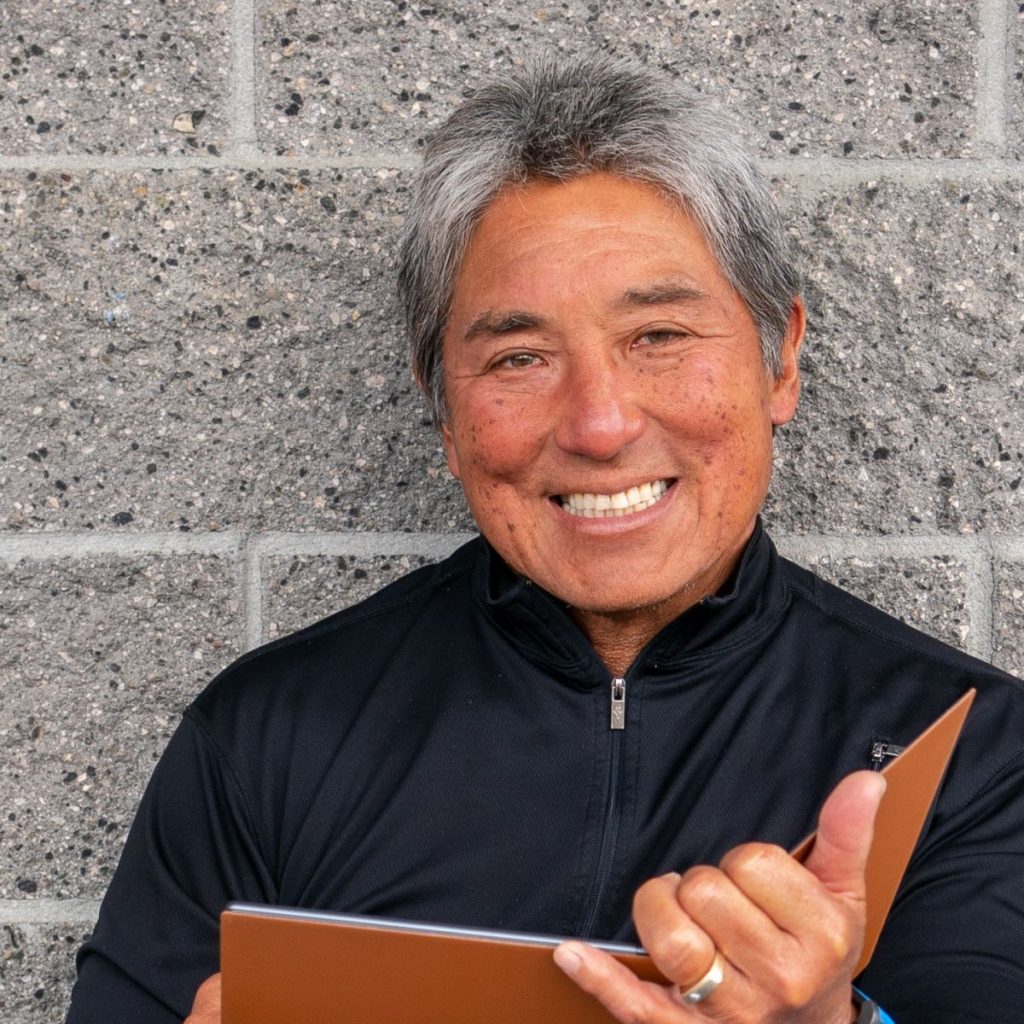 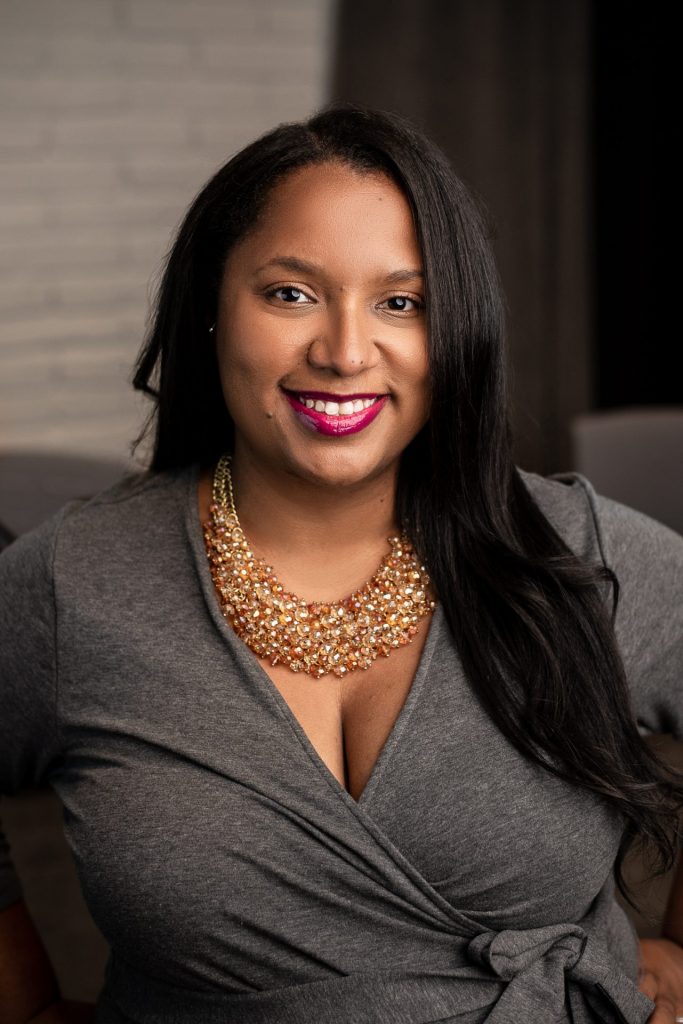 The BOSS Shift: Embracing Self-Care as a System 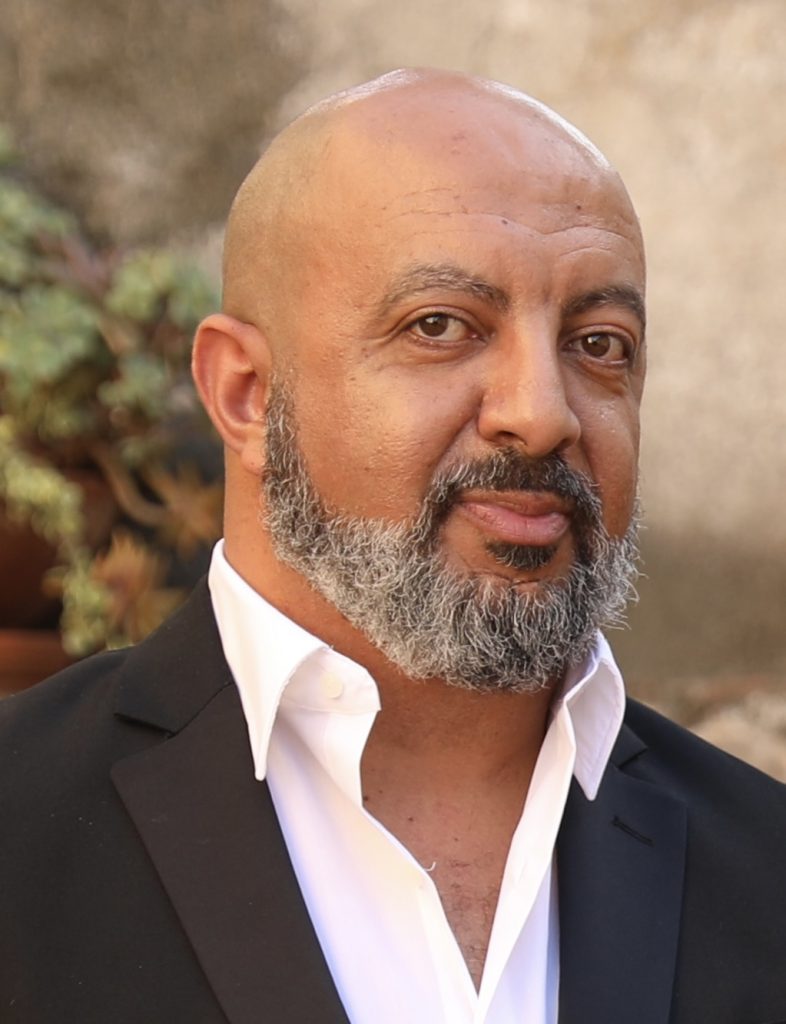 Growing a Service-Based Business by Productizing IP with Emad Georgy 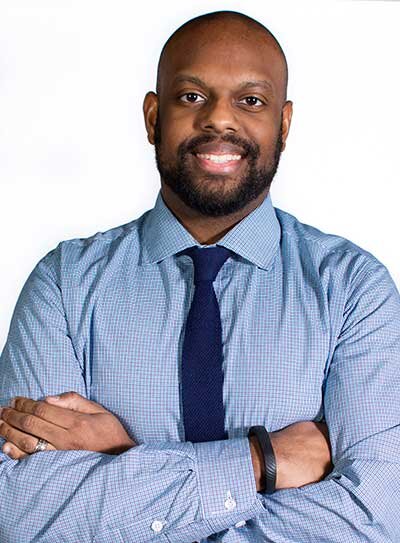 Not a Pipeline Problem with André Blackman 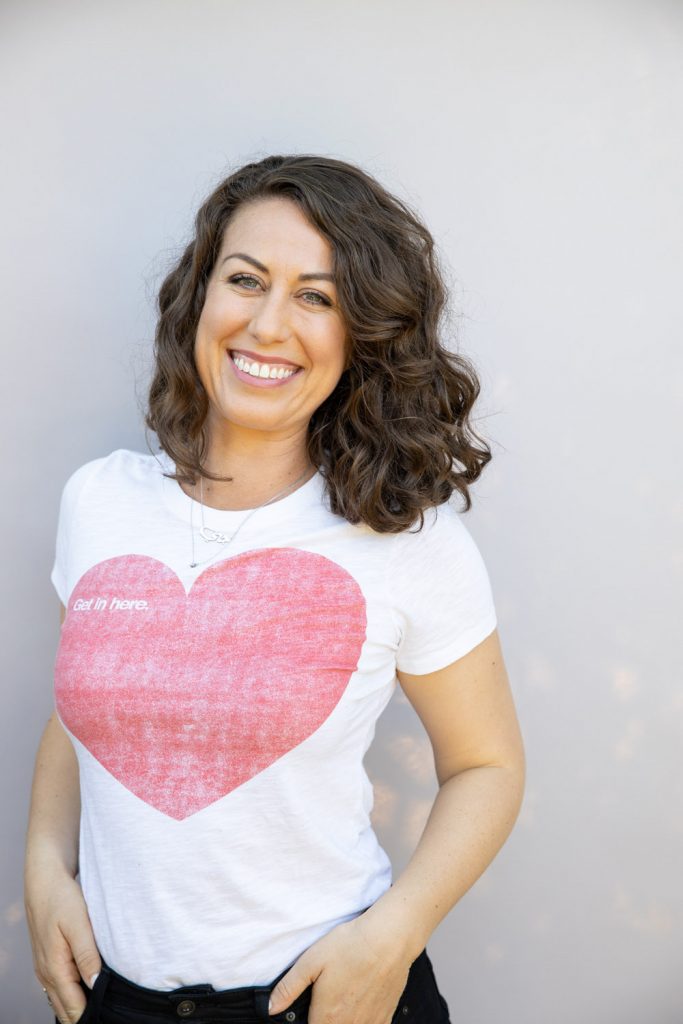 From Friction to Flow to Free Time: Finding Joy in Systems 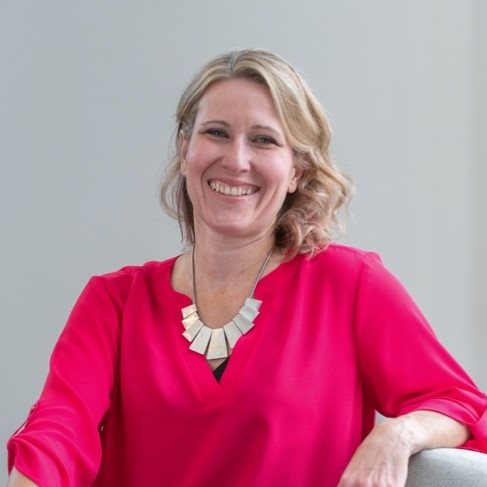 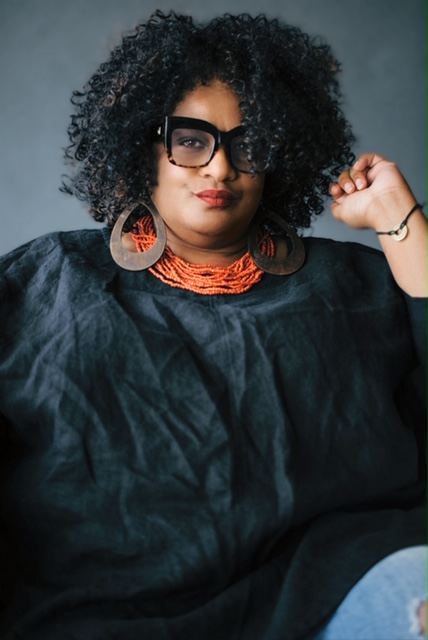